On the surface, American exceptionalism appears to represent a boldly-stated concept but when contrasted to the subtleties of personal experience, the lessons and flow of history and individual geographically-rooted place, horribly small-minded and delusional, conceivable only as a statement by a crazed, power-hungry overlord to an underling.

”…an empire now, and when we act, we create our own reality. And while you’re studying that reality — judiciously, as you will — we’ll act again, creating other new realities, which you can study too, and that’s how things will sort out. We’re history’s actors . . . and you, all of you, will be left to just study what we do…” (http://www.nytimes.com/2004/10/17/magazine/17BUSH.html).

Combining the above, we realize that exceptionalism equates to perception or a perceiving of self that endows the perceiver with uncommon power.

In the case of the United States, seeming high-level leadership self-perceives that the U.S. is “exceptional” (i.e., unusual or unusually good in possession of the ability to act) and does not need to conform to normal rules or general principles. In worldly terms, the U.S. exits the brotherhood of nations and is empire among middling servant states.

“I believe in American exceptionalism…we have a core set of values that are enshrined in our Constitution, in our body of law, in our democratic practices, in our belief in free speech and equality, that, though imperfect, are exceptional…”

“…We cannot escape our destiny, nor should we try to do so. The leadership of the free world was thrust upon us two centuries ago in that little hall of Philadelphia. In the days following World War II, when the economic strength and power of America was all that stood between the world and the return to the dark ages, Pope Pius XII said, ‘The American people have a great genius for splendid and unselfish actions. Into the hands of America God has placed the destinies of an afflicted mankind.’

We are indeed, and we are today, the last best hope of man on earth.”

The City on the Hill: Finding the Roots to American Exceptionalism

First Governor of the Massachusetts Bay Colony John Winthrop (1588-1649) represented early American Puritanical Tradition. Addressing a bevy of puritan emigrants waiting to disembark the Arabella to create the first settlement in what would become the first of the New England states, Winthrop declared,

“…we shall find that the God of Israel is among us, when ten of us shall be able to resist a thousand of our enemies…for we must Consider that we shall be as a City upon a Hill, the eyes of all people are upon us…”

That forenamed city destined to be recast time and again by America’s political leadership and undoubtedly favored by those behind that leadership, first by Reagan in his same above speech;

“Standing on the tiny deck of the Arabella in 1630 off the Massachusetts coast, John Winthrop said, ‘We will be as a city upon a hill. The eyes of all people are upon us, so that if we deal falsely with our God in this work we have undertaken and so cause Him to withdraw His present help from us, we shall be made a story and a byword throughout the world.’ Well, we have not dealt falsely with our God…”

President-elect John F. Kennedy said, in an address to the Massachusetts Legislature on January 9, 1961,

“During the last 60 days I have been engaged in the task of constructing an administration…. I have been guided by the standard John Winthrop set before his shipmates on the flagship Arabella [sic] 331 years ago, as they, too, faced the task of building a government on a new and perilous frontier. ‘We must always consider,’ he said, ‘that we shall be as a city upon a hill—the eyes of all people are upon us.’”

From George H. W. Bush’s “thousand points of light” to Bill Clinton’s “America has a special role in the eyes of God” to John Kerry’s “…we have moved closer to the America we can become – for our own people, for the country, and for all the world…”, to lesser weighted John Bolton’s “The most important thing you need is a president who is proud of the United States of America, who believes in American exceptionalism” to Condy Rice’s, “When the world looks to America, they look to us because we are the most successful economic and political experiment in human history. That is the true basis of American exceptionalism…” special effort has been made to convince America she is biblically-blessed and exceptional.

A Truth Hidden, Half Told

But conviction does not always mesh with contradiction nor will those convicted remain so in the face of evidence, direct personal experience and the geography of place.

Alexis de Tocqueville was one. The son of Norman aristocrats, de Tocqueville lives a short life. Born in Paris, July 29th, 1805, he travels to America in 1831 and publishes the tome upon which his fame rests, Democracy in America, in the year of his thirtieth birthday, 1835 and in which he observed that America was creating ”…a distinct species of mankind…(http://www.washingtonpost.com/wp-srv/special/politics/american-exceptionalism/).

But in what ways distinct?

In Tocqueville’s eyes, Americans will be birthed first by mindset in the Winthropian, “… Puritanical origin…” and meshed then with “…exclusively commercial habits…”

And in what ways convicted?

The American, this distinct species of mankind, de Tocqueville asserts will become convicted, will become aware of their personal distinctiveness through uniqueness of place, through the,

“…country they inhabit which seems to divert their minds from the pursuit of science, literature, and the arts, the proximity of Europe … to fix the mind of the American upon purely practical objects. His passions, his wants, his education, and everything about him seem to unite in drawing the native of the United States earthward…” (http://www.visionandvalues.org/2011/04/the-roots-of-tocqueville-s-american-exceptionalism/#sthash.CIhYaf5j.dpuf).

And therein lies contradiction and echoes so much of what the world says about America, about despising the policies of a government etched in puritanical righteousness and commercial industry and imported inventiveness that exports war and fiat currency but loving a people contradicted and tempered by place, by the geographical, by the land, by windswept prairies, by three coasts, by 14,000 foot mountaintops, by desert, by waterways, by Great Lakes as big as oceans, by the echo and remaining presence of the country’s native Turtle Island, by the original earth-based inhabitants, by the combined sources of the continent’s non-corporate literature and artistic impulses and the unbidden anti-hero like suspicion, resistance and mockery at the everyday level to technological boondoggle and oversized government.

In the hands of the few, trademarked American Exceptionalism acts as a battering ram, is a corporate brand name front that unites evangelism, militarism and Keynesianism, that installs dictators, that perpetuates privately-owned fiat currencies, that topples the same dictators to create in name-only democracies, that trains militants and insurgents, that funds gladio-styled terrorism, NATO, international banking organizations, the IMF, the World Bank, Export-Import Banks, that emasculates Europe, that fans and funds conflict between installed dictators and in name-only democracies, between insurgents and loyalists, this City on the Hill, these thousand points of light.

But below the surface, this thing about America that is exceptional but not distinct from other cultures, her land, her native roots, her resistance by natives long thought exterminated and to be made extinct by cavalries and cannons, by legislation, by armed men riding trains gunning down millions of bison, acts of terrorism and food and shelter-based genocide, by reservation life, this America inspired by the land, by her earthiness, influences this unexceptional America, is non-corporate artistic, makes small press literature, invents good things, does not war, combats big pharma, forced vaccinations, big ag, big biz, big banks, chemtrails, opposes GMOs, opposes false flags, staged shootings and propagandized media, billion dollar political campaigns and privately-owned, fiat-issuing central banks, hallmarks all of Exceptional Empire, writes songs, sings, dances, drums, shapes pottery, tears down pork barrel, fractionalized fiat currency hydro-electric dams, honors the sacred, loves animals, grows gardens, all as if a secret to celebrity-promoted corporate media but known by the hearts of many, by foreign tourists walking through centuries old Santa Fe, traipsing through Navajo country, watching salmon run, peering at petroglyphs in HOPI land, known by creatives, known by seekers, known by the evidence, becomes human, not exceptional.

And this America, besieged and overlorded, possesses a history rooted in global commonality and in a universal knowing and shared humanity that I seek to discover amidst the other, the Exceptional America proclaimed by the few whose uncommon power must wither upon observation and deconstruction. 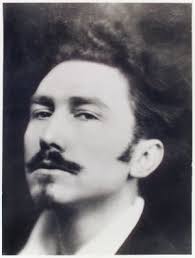 That for which you may know me – The Cantos.

That for which I am remembered – My incarceration, 1945-1958, declared mentally ill and committed to St. Elizabeth’s Hospital in Washington, D.C. for radio broadcasts 1941-1943 in which I observed the causes of WW II via “three sets of material: historical facts; convictions of experienced men, based on fact; and the fruits of my own experience.” 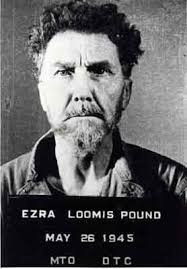 That which I said;

“There is no freedom without economic freedom. Freedom that does not include freedom from debt is plain bunkum. It is fetid and foul logomachy to call such servitude freedom . . .Yes, freedom from all sorts of debt, including debt at usurious interest.

“The present war dates at least from the founding of the Bank of England at the end of the 17th century, 1694-8. Half a century later, the London usurocracy shut down on the issue of paper money by the Pennsylvania colony, A.D. 1750…The 13 colonies rebelled, quite successfully, 26 years later, A.D. 1776.

“Gold. Nothing else uniting the three governments, England, Russia, United States of America. That is the interest–gold, usury, debt, monopoly, class interest, and possibly gross indifference and contempt for humanity. Gold is not the backbone of nations. It is their ruin. A coward, at the first breath of danger gold flows away, gold flows out of the country.”

“Usury has gnawed into England since the days of Elizabeth. First it was mortgages, mortgages on earls’ estates; usury against the feudal nobility. Then there were attacks on the common land, filchings of village common pasture. Then there developed a usury system, an international usury system, from Cromwell’s time, ever increasing.”

Acquitted but exiled, I spent my remaining days in Italy. 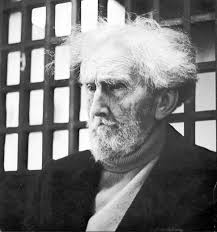 But to you, in these times, I provide additional words;

The Irony of Cacophony

Once a day for 100 days, I give voice to an artist from the past and post as a “Daily Micro” in my blog, Rue d’ Awakening.

You can review the complete collection of the first 100 yesterday’s artists on my website, the basis of which, with biographical sketches and historical anecdotes, will form a book (Volume I) to be published in this summer.